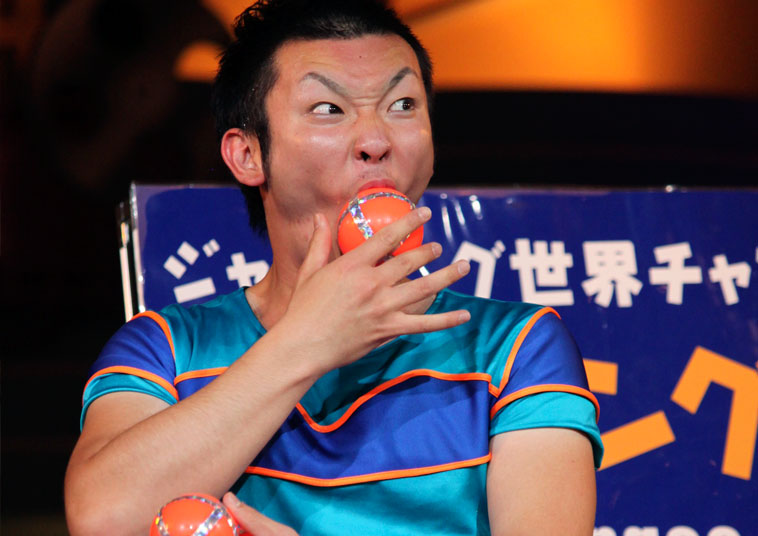 Bonbangoo has grown through contact with many kind of arts from the time he was a child, and has appeared in movies and in films in Japan and overseas. In 2005, he won the gold medal in the junior section of the world juggling championships for his original performances and his expressive power. On graduating from high school, he became an official member of Japan’s long-running “Muscle Musical”, in which a boy traveller led by a mysterious “magic man” encounters a number of acrobats and dancers during his trip. The actors (who include ex-Olympians) don’t have lines, relying instead on mime, expressive movements, and a dazzling collection of unique acrobatic techniques. Bonbangoo travelled from Hokkaido to Okinawa with the Muscle Man troupe, and now puts all his experience to good use as he takes his exciting show across the country as a solo performer. He wowed audiences at WMDF 005 with his skills, so we asked him to come back for an encore.