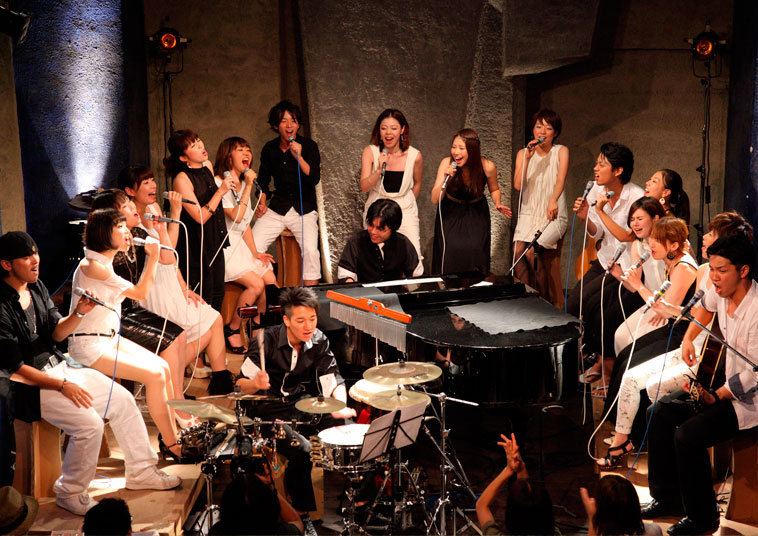 Dreamers Union Choir is an inspirational choir made up of 17 auditioned singers. They take their name from the line in John Lennon’s masterpiece “Imagine” that says “You may say I’m a dreamer, but I’m not the only one”.

DUC focus more on the historical significance and the cultural impact of Gospel music than on its religious aspects. They believe that gospel music has the power to inspire and to help those struggling in hard situations.

Grammy Award winning legend “The Sounds Of Blackness” have called DUC “Sounds Of Blackness Japan”. The two groups collaborated on a 2011 album that won the following year’s NAACP Image award. The video of one of DUC’s original songs “Over My Head” was broadcast in the USA on “Gospel Music Presents” among other gospel big names like Donald Lawrence. DUC have performed for Tokyo Art University (a top Japanese art university), as well as five star hotels and cruise ships. Come and experience their demonstration of the power of voices singing in union.