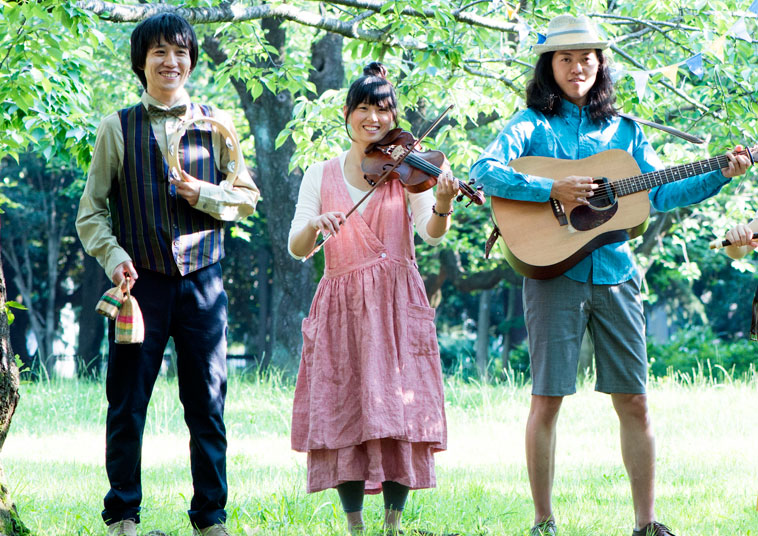 This trio is inspired by the Celtic music of Ireland. Through the Irish fiddle, guitar, and the Irish frame drum known as the bodhrán (prounounced “bauran”), they produce gentle, fun and above all wistful rhythms and grooves. As with the mists of the Emerald Isle, their music can swirl to great heights or blanket with calm. With John John Festival, performers and audience alike are transported. The group was formed in 2010 and they released their first, eponymous album in October of the same year. They also contributed to the compilation CD “Tokyo Irish Generation” with a track featuring a guest appearance by Shizuru Otaka. 2012 saw the release of their second album “Songs and Tunes”. John John Festival travel the length of the country each year on tour, and have participated in several outdoor festivals. We are glad to welcome them to WMDF!