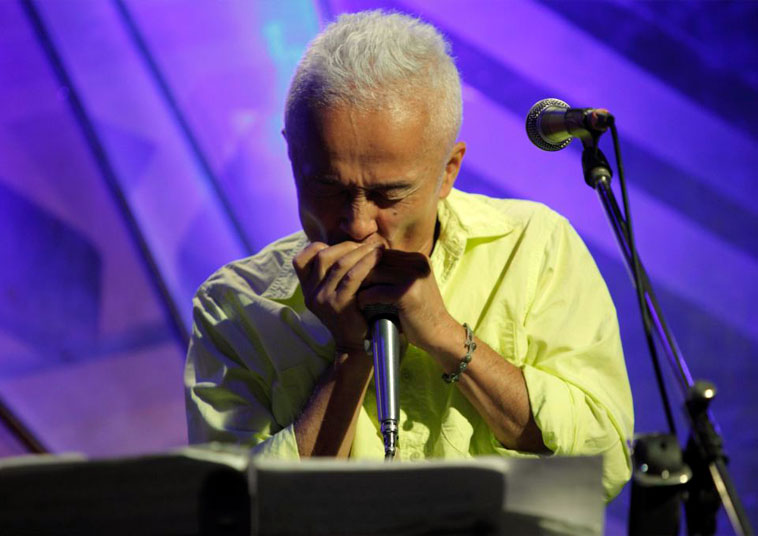 Born in Tokyo in 1952, Nobuo Yagi taught himself the diatonic harmonica from the age of 14, later studying under the renowned Japanese player Joe Sakimoto. As a teenager, he was influenced by such artists as John Lennon, Paul Butterfield, John Mayall, Sonny Boy Willamson, John Coltrain, Eric Dolphy, and Nina Simone. Since starting his professional career at the age of 22, he has been a studio musician on more than 1000 albums, by artists including “Southern All Stars”, Seiko Matsuda, Yumi Matsutoya, Masahiko Kondou, and “Checkers”.

In 1978, he recorded his own first album “Mi Mi Africa” on the Victor invitation label, and he also released “Harmonica Step” with popular guitar player Hiroshi Yasukawa, on the Atom records label in Australia. He received a special award from the All Japan Harmonica Association in 1979.

In 1980, he formed “the Curtis Creek Band”, which released four albums, and in 1990 he was an original member of “Roppongi Swamp Band”, who have played their New Orleans Funk Music all around Japan. He has participated in the New Orleans recording session of June Yamagishi with Dr.Jhon. Art Neville and Toru Suzuki, appeared on the popular TV show “Music Square”, and even authored a diatonic harmonica instructional book.