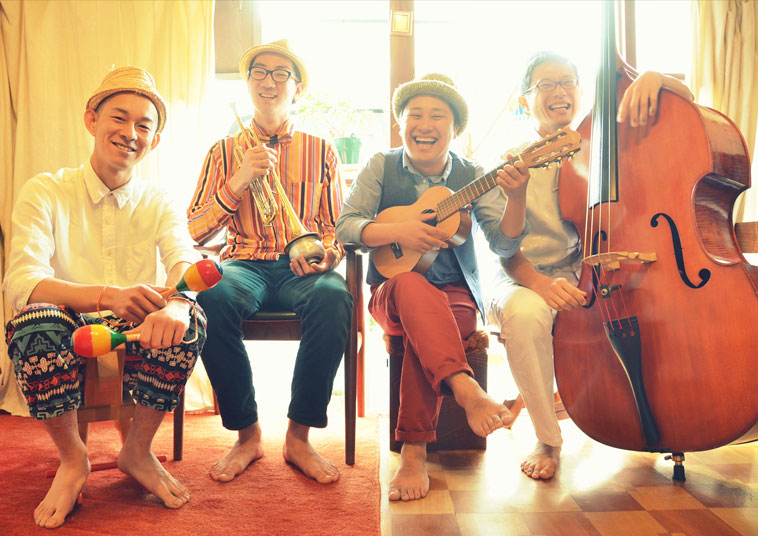 This unit was formed in 2010. “Coloridas” means “colourful” in Portuguese and Spanish. They are a Latin band that sings South American-based music cheerfully in Japanese. Their colourful sound always makes audiences smile at live houses, izakaya, in the street, or wherever they play. They released their first album “Department” in May, 2013. They performed at WMDF’s Opening Live event in June this year, and we think their Brazilian and samba rhythms will be a storm in Motomachi Park in the summer, as will their song “Draft Beer”.
http://coloridas.web.fc2.com