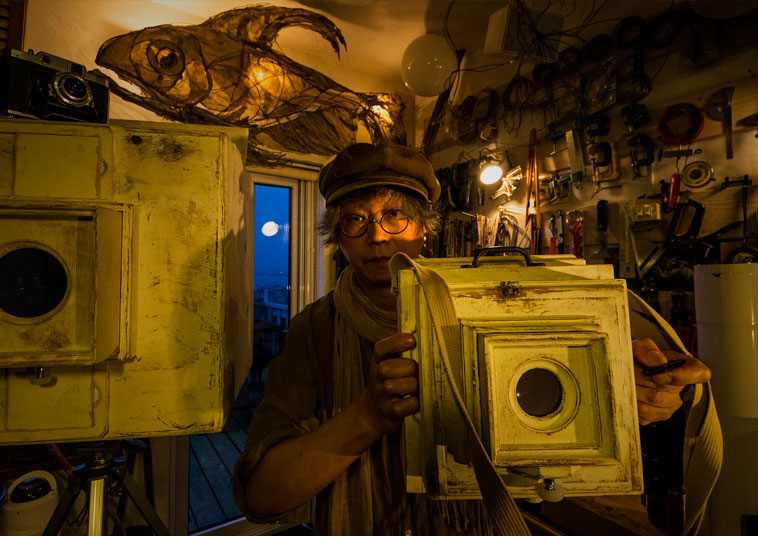 Shinji Komiya is a contemporary artist who works primarily by means of installations (spatial art). He has held many solo exhibitions in Japan and around the world, including in Austria, the former Yugoslavia, and the United States. He has been artist-in-residence in many countries mainly in Eastern Europe, as well as attending many art symposia. The breadth of his opus is wide: his installations include water, sound works, objects using the principle of the sundial, and fusion of different areas such as art and sport. At WMDF, in a tribute to the “shasshinkan” (camera museum) in Motomachi Park, he will place unusual objects that incorporate camera obscura around the park. Will the world look different to you upside down?
www.youtube.com/user/RAUMstudio