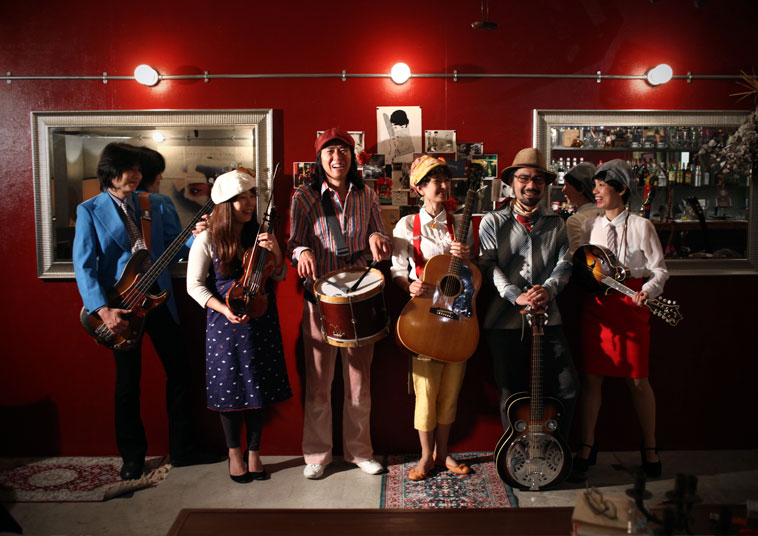 This unit was started in summer, 2009 by three people: Elisabeth Eta, Sara Kouno and Kanako Keyaki. They later were joined by three guys, so now they perform either as a six-strong band, or as a three-woman trio. Their repertoire includes a huge variety of genres, including Irish, country, folk, bluegrass, jam, soul and rock. They would like many people to experience their exciting live music. They released their third mini album “Pirates Canoe Three” in August 2013.
www.piratescanoe.com