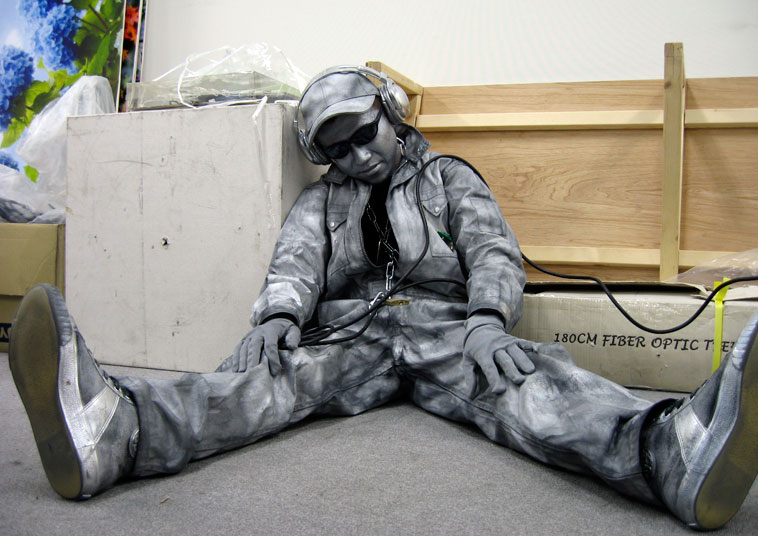 A first for WMDF. What will you make of this statue that doesn’t seem to be human? Pote has been involved in street performance since 2009, receiving an Osaka performance license, performing in the Street Performance World Cup in Shizuoka in 2010, and winning a prize at the Little World street performers’ contest in Inuyama, Aichi in 2012. Pote actively pursues his art in venues such as amusement parks, festivals, shopping centers and even wedding receptions.
http://nogravity-performer-pote.jimdo.com