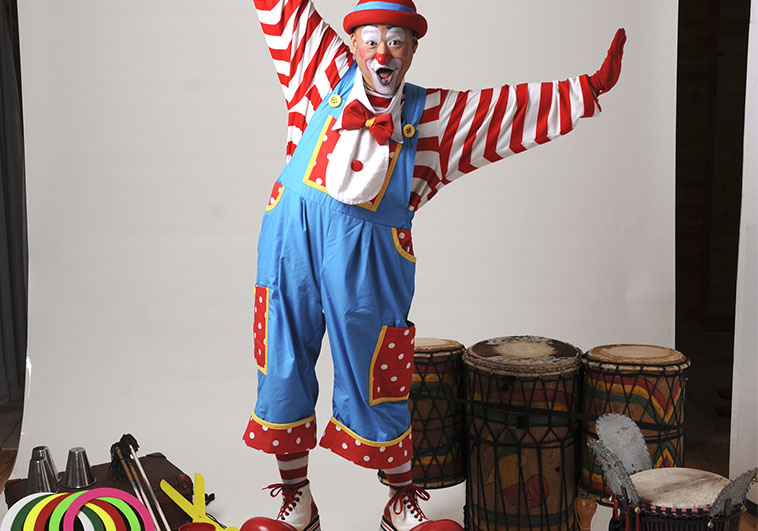 Africlown go anywhere in the world to deliver smiles! Their presentations on the power of smiles are becoming more and more popular. In 2010, they staged the opening of the “World Clown Festival in Japan” that featured Patch Adams. In 2011, they received a license from the nonprofit organization “Japanese Hospital Clowns”, and visited hospitals in the Ukraine and Belarus. They also participated in the “World Clown Association” events held in New York in 2011 and in Chicago in 2014. They often appear on TV, and work at festivals and places such as nursing homes in many towns. Last year, they gained a first grade certification of “Home-Tatsu!” (Masters of Praise), so we are looking forward to them saying many really nice things about WMDF from now on.