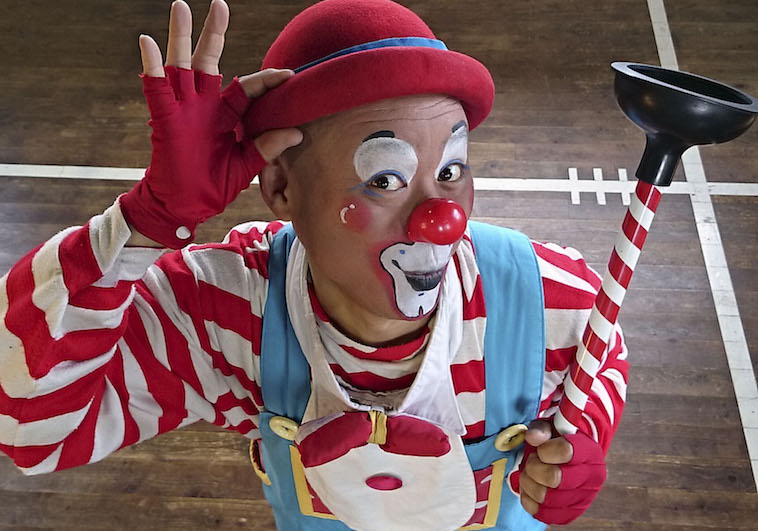 Appearing at last year’s WMDF as part of the trio “Africlown”, this time Chappy is back for a solo reprise. He goes anywhere in the world to deliver smiles. In 2010, he was part of the opening of the “World Clown Festival in Japan” that featured Patch Adams. In 2011, he received a license from the nonprofit organization “Japanese Hospital Clowns”, and visited hospitals in the Ukraine and Belarus. He also participated in the “World Clown Association” events held in New York in 2011 and in Chicago in 2014. He often appears on TV, and works at festivals and places such as nursing homes in many towns.