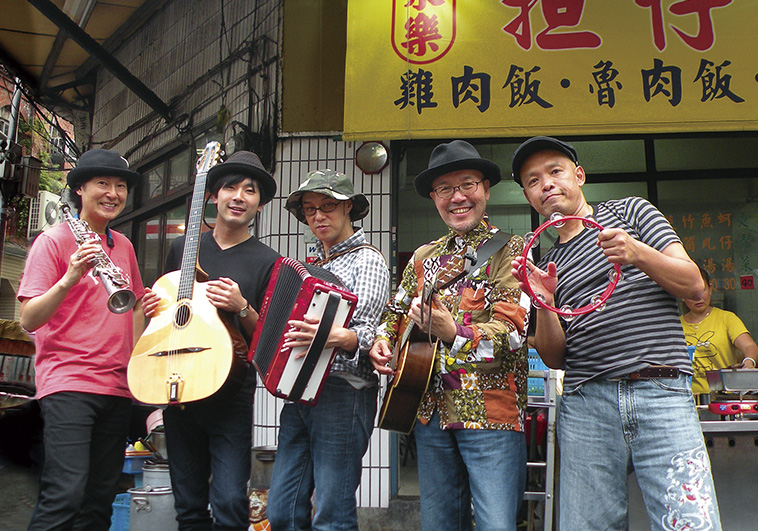 “The Screen Tones” was formed in 2011 to produce songs for the TV drama based on the popular comic-book series “Kodoku no Gourmet” (Solitary Gourmet). Central in the band’s creation was the “Kodoku no Gourmet” author, Masayuki Kusumi. The drama is currently in season 6, and the Screen Tones have produced all the music to date. The members work on their individual projects as well as performing concerts as a band all around Japan and overseas (for instance, Taiwan in 2015), and recently they have worked on songs for the children’s TV program, “Okaasan to Issho” (With Mother) plus numerous TV commercials.