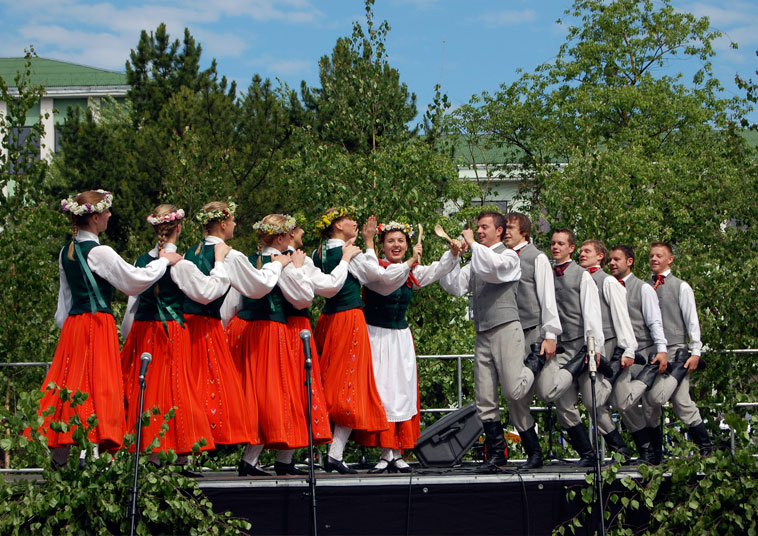 The group has undergone many changes in its 60-plus years. Most notably, when the university moved from Riga to Jelgava, their home become the famous Jelgava palace. Since 1989 the artistic leader of FDG Kalve has been Gunta Skuja. She is a widely-known choreographer who has created over 40 dances, and was chosen as the dance leader for the “Earth” portion of the Grand Dance Performance ‘My World’ (538 dance groups with 13 400 dancers). Gunta Skuja feels the rhythm of the modern era and at the same time the sensuality of traditional folklore. She has found how to show the ethnical values, mythology and saintly nature of Latvian folklore in a modern light. Practically all dances made by Gunta use steps and ornaments from the ancient spirit of Latvian mythology. These dances give Kalve a very different and unique appearance that sets them apart from other dance groups. They have travelled extensively, including South Korea in 2010 and Malaysia in 2011, but WMDF is delighted to bring them to Japan for the first time in 2013.