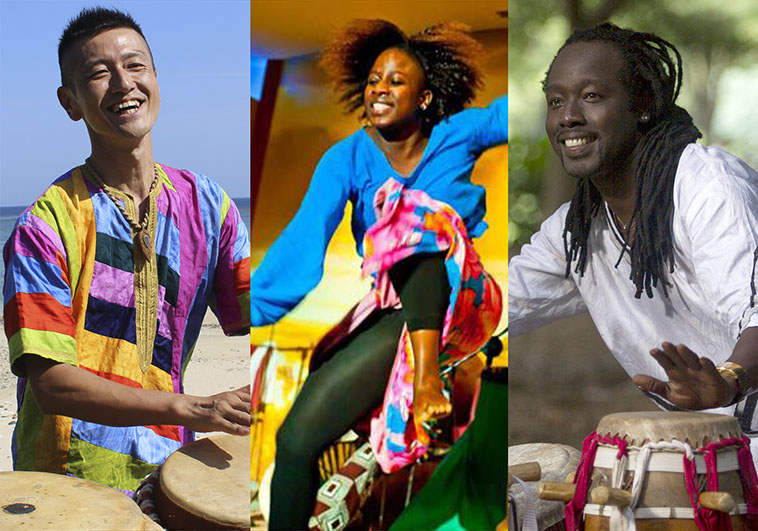 This 3-person collaboration is named “Safaiko”, combining the Western African Wolof language’s “saf” and the Japanese language’s “saiko,” which both mean “best” or “the greatest”. Percussionist Mamadou Lo was born into a family of Senegalese griot or traditional storytelling musicians. He has collaborated with international musicians and is a percussionist that even Stevie Wonder loves! Professional dancer Dionsaba Konte was also born in Senegal. She is talented in all genres of Senegalese dance including the Wolof Sabar and the Mandinka Serouba. They are joined by Yamakita Norihiko, who became obsessed with drumming while collecting insects in Cameroon. He believes in creating music on self-made instruments. He invented a small percussion instrument called the “Narunaru,” which he produces from nuts found on the island of Amami, where he lives and works.
www.mamadoulo.net
ameblo.jp/tsuchinoue/