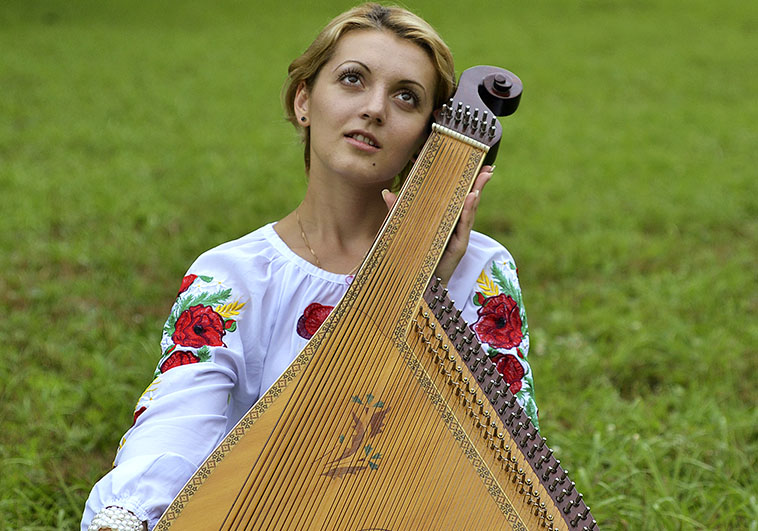 Kateryna was born in the town of Prypiat in Ukraine. From childhood, she was introduced to traditional Ukranian music through the indigenous instrument, the bandura. She first visited Japan as a 10-year-old. After formal studying of music in the Ukraine from the age of 16, she returned to Japan in 2008 to further the understanding of Ukranian culture. The bandula is a traditional Ukranian instrument that combines the appearance of a harp with the frets of a guitar. The bandula used by Katerina has over 60 strings and weighs more than 8 kilos. Her performances feature Ukranian traditional music, folk songs and popular songs, as well as Japanese songs. As a veteran of 2008 and 2010 WMDFs, we are really looking forward to seeing what Kateryna thinks of the progress of our event! Check out her CDs, “Banduriste” (2008) and “Banduriste II” (2014).
www.kateryna-music.jp