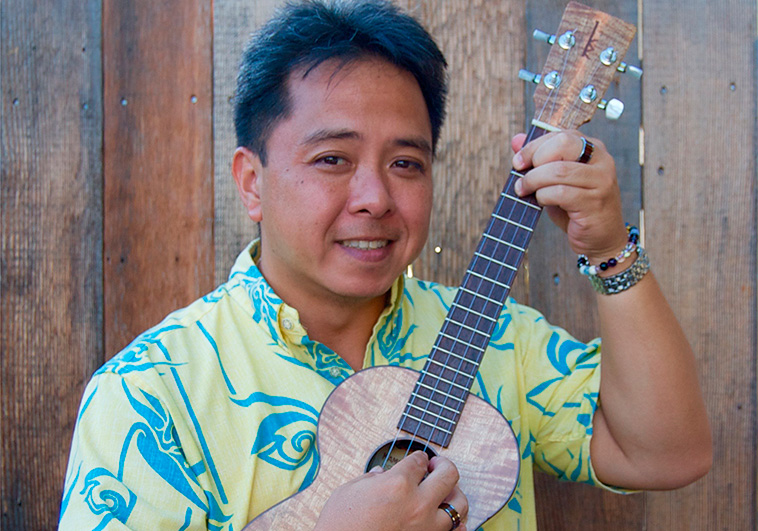 Herb Ohta, Jr. has established himself as a leading teacher, composer, recording artist, entertainer, and producer, in today’s Hawaiian music landscape. His goal is to share the beauty of Hawaii’s music, its culture, and the ‘ukulele with people all over the world. Herb has performed widely at the forefront of a new generation of ‘ukulele players. He has eight nominations for the “Na Hoku Hanohano Awards”, the premier music awards in Hawaii, which are seen as the Hawaiian equivalent of the Grammy Awards. “Na Hoku Hanohano” means “Stars of Distinction” in Hawaiian. Herb won two of these awards for “Pure ʻUkulele” in 2013, and for “ʻUkulele Nahenahe” in 2011, and is also a two-time Hawai’i Music Award Winner. WMDF is especially happy to welcome more stars to our event.